dne maj 22, 2019
Last weekend, the 18. and 19. 5., there was the second part of the young teachers exchange seminar in Liège, Belgium. The first part was in Ljubljana, Slovenia.

The concept is an idea from Alex Walnier, 4. Dan (Belgium) and Matjaž Žalig, 3. Dan (Slovenia). It is about giving space and opportunity to young, enthusiastic teachers who want to share their ideas and knowledge with others. But it is more than just practice on the tatamis. It is also about sharing ideas and experiences off the mat, making new friends and learning about the culture of another. 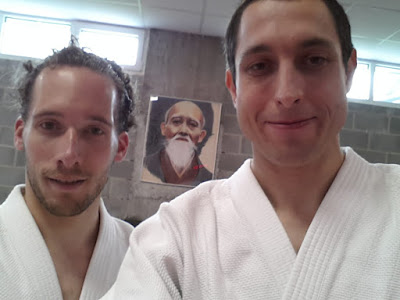 Practically the teachers share the class, half of the time each. They refer to the ideas shown by the other, but also present their point of view. So it is an enrichment for both the teachers and the students present.

This time was not different. Everyone involved agreed on the added benefit of such an event. That`s why we set out to make the same pair of exchange seminars in Slovenia and Belgium again next year and hopefully for years to come.

On a more personal note, I was very happy and honored to have the chance to teach in the Dojo of my friend Alex. It is special, because he built it. I don`t know anyone, especially this young, that did this. It is a very brave and admirable move, because it is a huge investment, but it just shows his level of commitment. Chapeau and success in the future Alex! 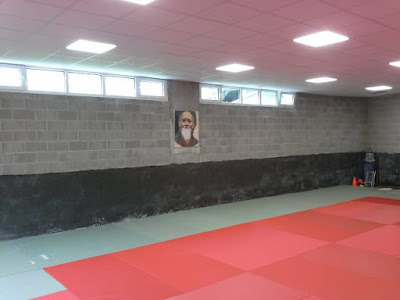 I also used this opportunity, since I was in Belgium only one time before, to wander the streets of Brussels and Liège in search of cultural landmarks, local cuisine and of course I had a taste of Belgian beer ;)

I am happy to be a part of this and can`t wait for next year for round two!