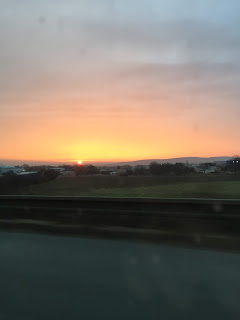 I attended the National Aikido Seminar of the Slovak Aikido Federation (SAA) over the weekend (26&27.1.2019) in Ostrava, CZ. The stage was also a celebration of 30 years of Aikido at the Aikido SKP Dojo in Ostrava, and a celebration of Quaranta Sensei (technical director of SAA) receiving the Seventh Dan. As a result, there were more than 250 Aikidoka on the tatami during our trainings.

I started out in Graz at 4 in the morning, driving with two colleagues from Aikidoschule Graz, in order to get to the Dojo for the first training at 10. Even though I was tired from the trip, the moment the training started, all the energy was back. The stage was organized in three sessions, two on Saturday, and one on Sunday morning.


On the tatami Quaranta Sensei opened the stage and started the new year with one of the basics: Ikkyo. This also set in place a central theme of the stage: focusing on techniques on the vertical axis and on spiral movement, both for Tori and Uke. I found it particularly interesting to think about these themes with the Ushiro Ryote Dori attack, as well as some of the techniques we did out of Hanmi Handachi, such as Soto Kaiten Nage. 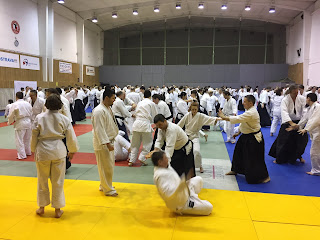 In addition to the trainings, Dan exams were held on Saturday afternoon. Watching the exams is always interesting and a good opportunity to study the many techniques we have in Aikido. The only down side of an intense program of training, long travel time, and the small party organized Saturday evening, is that there was no time to go into Ostrava to see the town. Next time! 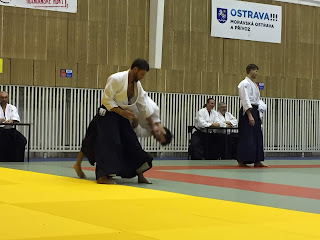 An indicator of a good Aikido experience is when you have more energy at the end than at the start of the stage. This was how I feel after the weekend in Ostrava.